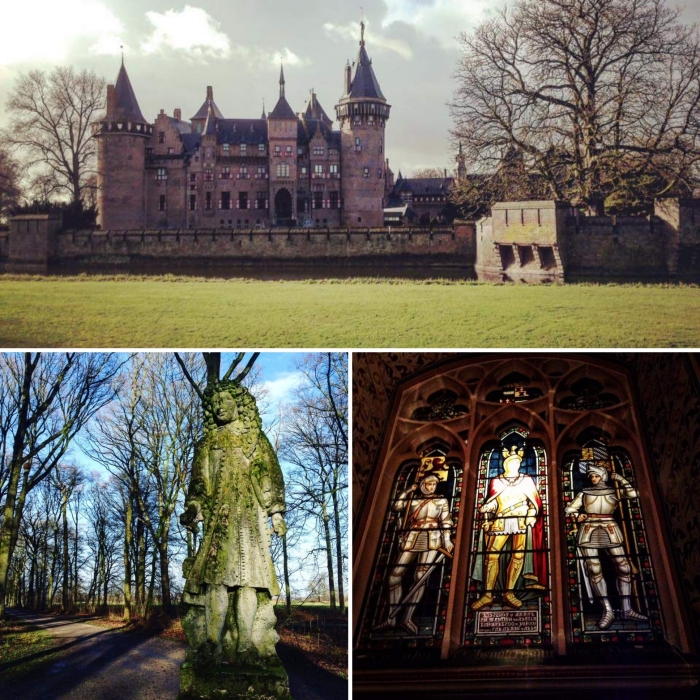 De Haar Castle sits like a fairy tale between green grass, canals and dairy cows. A castle has existed on this site since 1391. As is the story with many castles, fire and war damaged the castle over the centuries. It passed from family to family and generation to generation until, finally, in the late 1800s the castle was handed down to Etienne Gustave Frederic Baron van Zuylen van Nyeveldt van de Haar. The castle was in great disrepair at that time but, fortunately for us, Etienne married Helene de Rothschild of the famous and rich Rothschild family. As a result he came into money and engaged Pierre Cuypers as his architect to rebuild the castle. Etienne and Helene have passed away. Their daughters inherited the castle but couldn’t afford the hideously expensive upkeep and inheritance tax so passed ownership of the castle to a foundation tasked with its upkeep. They still have the rights to stay at the castle in September each year.

The castle and its grounds are exquisite and a must see place in The Netherlands.

One thought on “De Haar Castle”